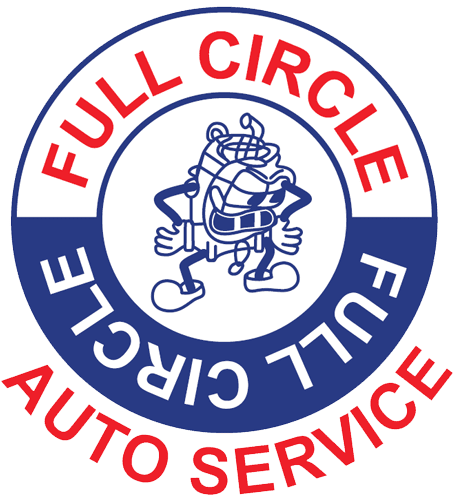 Call Us To Set Up Car Drop-Off Time

Call Us To Set Up Car Drop-Off Time

The Top 5 Safety Features of Your Car

Cars have come a long way since Henry Ford introduced his iconic Model T in 1908. Today, car safety features include seat belts, airbags and vehicle lights to help prevent crashes and reduce fatalities. At Full Circle Auto Service in Fairview Heights, IL, our team of licensed mechanics know how to maintain and repair the essential safety features on your vehicle. We have extensive hands-on experience working with all makes and models including imports and domestics.

Here’s the top five safety features you’ll find on every car sold in the U.S. today:

Vehicle lights include headlights, fog lamps, turn signals, interior lights and brake lights, as well as license plate lights. By law, drivers in Fairview Heights, IL must ensure all of the exterior lights on their car are in good working order.

Illinois law also regulates the use of colored exterior vehicle lights, and aftermarket lights such as off-road light kits. Keep in mind that drivers must have their headlights on not only when it’s dark outside, but also during bad weather when snow, rain or fog can reduce visibility.

It’s hard to imagine a car without factory-installed seat belts, but the fact is that seat belts were optional on passenger vehicles sold in the United States up until 1966.

Invented in 1849, seat belts were only made mandatory nationwide with the passing of the National Traffic and Motor Vehicle Act and the Highway Safety Act. Even then, seat belt use remained optional until individual states began passing laws that forced drivers and passengers to buckle up, starting with New York state in 1984.

Airbags are one of those car safety features that you hope you’ll never need, but you’ll be thankful for should you be involved in a serious crash. Airbags are widely credited as the second-most important safety feature on a vehicle next to seat belts.

Allen Breed invented the world's first airbag in 1968, and by 1988, Chrysler included airbags as standard equipment in all its vehicles.

In 1998, front driver and passenger airbags began mandatory equipment in all cars and light trucks sold in the United States. Many manufacturers exceed the minimum regulations regarding airbags by adding extra protection for rear-seat passengers, side curtain airbags, and roof-mounted airbags.

If you learned to drive before the widespread introduction of anti-lock brakes (ABS), you’re all too familiar with the difference between non-ABS and ABS-equipped vehicles.

During an emergency braking situation, non-ABS brakes would largely activate the brakes on the rear wheels, causing the vehicle to slide and making it exceptionally difficult to control. Drivers were taught to ‘pump’ the brakes to prevent the brakes from locking up, but this technique was tough to master and even more difficult to apply in real-world situations.

Anti-lock brakes solved the problem of brakes locking up by mechanically regulating the brake pressure to keep the brakes from locking up. ABS brakes give drivers much more control in emergency braking situations, and researchers found that anti-lock brakes helped reduce braking distance on slippery surfaces by up to 40%.

Rollover crashes can be traumatic and exceptionally dangerous, and the chances of suffering from a life-changing or even fatal injury during a rollover are much higher than other kinds of crashes.

Electronic stability control systems, or ESCs, were first introduced in all new BMW vehicles in 1992. BMW engineers recognized that drivers of high-powered luxury cars tended to overreact in many crisis situations, and that overreaction often led to rollovers.

The ESC electronically monitors the angle of the steering wheel and the vehicle to detect whether the steering wheel is aligned with the direction of travel. When a problem is identified by the ESC, the device automatically applies brakes on individual wheels to help the driver regain control, and in some cases, the ESC can also reduce the amount of power transferred to the wheels from the engine.

As of 2012, federal law mandates that all new passenger vehicles sold in the U.S. must be equipped with an electronic stability control system.

Here at Full Circle Auto Service in Fairview Heights, IL, we’re committed to keeping you and your loved ones safe while you’re on the road. We have the skills, experience, and specialized equipment needed to keep your car safety features maintained using premium-quality OEM parts. Whether you want to upgrade your vehicle lights, are concerned about your airbags, or need repairs made to your seat belts, we’re here to help. Book your appointment online or call us today.

Because We Value Everything You Value!